Jennifer sings and plays bass guitar, guitar, keyboards, drums, percussion, ukulele, cuatro and Chapman Stick.  She is constantly in demand as a studio player and her work can be heard on hundreds of recordings, including many international  hits. She is also a singer and songwriter, performing live over the last few years in the UK and the US, often with her partner Annie Whitehead on trombone.  She is currently a member of The Orchestra That Fell to Earth (members of the original Penguin Cafe Orchestra) , and plays regularly with Annie’s band , with the  SoupSongs band (the music of Robert Wyatt) , Murray Head Band (playing mainly in France) , Terry Reid, the poets Michael Horovitz and Penny Rimbaud of the Crass Collective, Jerry Marotta’s Reelin in the Years in th US, and reformed seminal 70’s funk soul ensemble Kokomo.

Jennifer’s solo album is called Dreamland features a stellar line up including Annie Whitehead, David Torn and Jerry Marotta  (see home page) .  Writer and film maker Dakota Lane made a short documentary about Jennifer and the album which was selected and screened by the NYC Independent Film Festival in 2018.

Other recent album releases featuring Jennifer’s work  include Paul Brady’s ‘The Vicar Street Sessions Volume One’  (on which Jennifer can be heard playing with Bonnie Raitt, Van Morrison, Mark Knopfler, Ronan Keating and  others) , ‘Freedom’s Daughter’ by Jan Allain,  ‘Flawed Heroine’, the debut album by Lund, engineered and produced by Jennifer, Confessional by Lil and Ollie, and Femina Australis by Maryen Cairns.  Jennifer also appears on Boy George’s recent album ‘This is What I Do’ .

Jennifer learned classical guitar and piano as a child and moved on to bass as a teenager. After leaving school at sixteen she also trained as a recording engineer at Decibel studio London, and Escape studio, Kent, where she worked with Steve Marriot, The Only Ones, Junior Marvin of the Wailers and T Rex amongst others. She recorded and mixed her first hit record in 1976,  Marc Bolan’s “I Love to Boogie”. Since then she has worked continuously  as  a musician, writer, arranger and producer, both live and in the studio, with many well known artists, including Joan Armatrading, Gerry Rafferty, David Sylvian, The Proclaimers, Shakespears Sister, Robert Wyatt, Bonnie Raitt, Van Morrison, David Soul, Linda McCartney, Salif Keita, Boy George, George Clinton, Sam Brown, Ian Dury, Murray Head, Mark Knopfler, Annie Whitehead, Hue and Cry, Shona Laing, Guesch Patti, Penny Rimbaud (Crass) , Paul Brady, Tony O’Malley, Kokomo, Terry Reid , Phil Manzanera and Sarah Jane Morris amongst others.  She was a member of Penguin Cafe Orchestra (the original band) for twenty three years

Jennifer co-wrote and recorded a number of songs with Boy George and Bobby Z (ex-Prince)  , including the singles  “Don’t Cry”, “Whisper” and “No Clause 28”  and has written for other artists including Sam Brown, Murray Head and Ian Dury. She  produced two chart topping, critically acclaimed  albums for Irish singer songwriter Paul Brady, (Back to the Centre, featuring Eric Clapton and Larry Mullen of U2) and Primitive Dance (featuring Mark Knopfler) , as well as Linda McCartney’s  “Wide Prairie”, Murray Head’s “Pipe Dreams” ,  Mitt Gamon’s “Uneasy Listening” (featuring Ian Dury) and several albums with her  partner, the trombonist Annie Whitehead, ‘This is Rude’,  ‘Naked’, ‘Home’, ‘The Gathering’ and ‘Northern Lights’,  a collaboration with the renowned Northumbrian concertina and pipes player Alister Anderson.

She has toured all over the world, with Joan Armatrading, David Sylvian, Penguin Cafe Orchestra, Murray Head, and Boy George amongst others, and appeared frequently on TV, including Top of the Pops, The Old Grey Whistle Test and the South Bank Show . She accompanied Robert Wyatt  on guitar, accordion and vocals in a specially commissioned BBC4  documentary  entitled “Free Will and Testament” and also continues to tour and record as part Annie’s  project devoted to Robert’s music, “Soupsongs” (most recently at the Ravenna Festival Italy in 2015). She also played guitar and accordion on Robert Wyatt’s  Mercury award nominated album “Cuckooland”.

Music for film  includes the soundtrack for “All the Little Animals” starring John Hurt and Christian Bale, and the experimental film “Bass Desires”. Jennifer is  a member of actors Equity and  appeared on the London stage in “Strange Cargo”, a groundbreaking devised theatre piece based on the  lived experiences of the six cast members.

Jennifer is also a qualified humanistic counsellor, and has written articles for journals such as ‘Therapy Today’, ‘Asylum’, and ‘Self and Society’ (of which she is a past editor) In 2013 she co-edited and contributed chapters to a book, ‘The Future of Humanistic Psychology’. 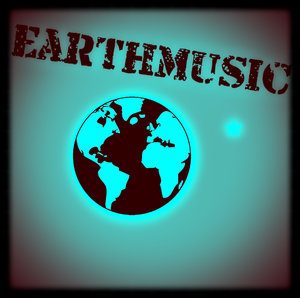